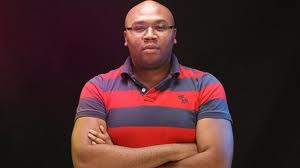 Jason Njoku, CEO and Founder of iROKO Partners has won the Entrepreneur of the Year [Technology] at the 2012 Future Awards,which held in Port Harcourt on Sunday 26th August 2012.
The Awards, organized by Chude Jideonwo led Red media is aimed at recognizing outstanding young Nigerian entrepreneurs and leaders from the media, science & technology, entertainment, agriculture, government and business.
Njoku (one of my mentors) on receiving his award said “It’s an incredible honour to be recognized by the Future Awards. I’d also like to commend and congratulate my fellow nominees – there was very strong competition for this and the list of names on it is a true testament to the level of hard work, raw energy and talent coming out of Nigeria at the moment.”
Njoku heads iROKO Partners, a leading online distributor of African entertainment in form of music and movies. They are a major platform for Nigerians in diaspora to keep in touch with Nigerian movies.
Recall that Jason Njoku had recently married a Nigerian actress Mary Remmy at a ceremony in Lagos.
Other top Nigerian celebrities who won awards include Wizkid who got the musician of the year, J. Sleek for music producer of the year, ToolZ of The beat 99.9 FM who got the On air personality of the year (radio) Denrenle Edun for TV on air personality of the year,Clarence Peters got an award in Sleeky’s category for screen. Tonto Dike for actor of the year, Micheal Collins (Don Jazzy) for entrepreneur of the year. My favourite celebrity gossip blogger Linda Ikeji did not get any award.
Other winners of the future awards include:
Best Use of Advocacy- Babafemi Oyediran
Best Use of New Media- Gidi Traffic
Creative Artiste of the Year- Bayo Omoboriowo
Designer of the Year- Toju Foyeh
Excellence in Service (Government)- Hadiza Abdullahi
Excellence in Service (Journalism)- Alkasim Abdulkadir
Excellence in Service (Corporate) Ngozi Nkwoji
Innovator of the Year (Science and Technology)- Seun Onigbinde
Innovator of the Year (Education) Otto Orondaam
Entrepreneur of the Year (General)- Ola Orekunrin
Entrepreneur of the Year (Agriculture)- Tochukwu Ikpegbu
Entrepreneur of the Year (Communication and Media)- Uyi Omokaro
Young Person of the Year- Idris Akinbanjo
Posted by Unknown at 12:54