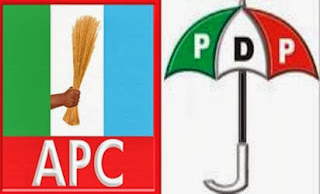 After meeting for about five hours in Abuja, All Progressive Congress (APC)leaders issued yesterday a damming verdict on the state of the nation. The party scolded President Goodluck Jonathan for handling security and the Boko Haram insurgency with “political naivety”.

It urged the President to dust up the Lemu Panel’s Report and compensate victims of the insurgency. Besides, the party advised the President to show leadership by working with striking university lecturers instead of threatening them. It accused the Federal Government of using anti-graft agencies to persecute governors and perceived political enemies.

The party expressed regrets that the police had been turned into a wing of the Presidency and the Peoples Democratic Party (PDP) to deal with opponents. It said the deployment of the police for intimidation and coercion in some states is against the principle of federalism

The APC, which made its position known in a communiqué at the end of a strategic session at the Kano Governor’s Lodge in Asokoro District, Abuja, said Nigeria was becoming a neo-fascist state.

The session, which began at about 8.30pm on Tuesday, ended at about 12.20am yesterday.

In the communiqué, read by its National Chairman, Chief Bisi Akande, the APC leader said while corruption has remained endemic under the Jonathan’s administration, the government is compounding the situation with abuse of anti-graft agencies.

The party said: “Since the declaration of State of Emergency in key Northeastern states affected by the insurgency, life and property have been under severe attacks.

“A large number of residents have been displaced and forced to migrate to adjoining states or outside the country. These victims have been uprooted from their homes, families and jobs. They have lost hope in the ability of their country to protect them.

“Clearly the State of Emergency has failed. To make the matters worse, the elected governors and the other stakeholders of the areas are ignored and totally excluded by the Federal Government agencies.

“Never since the Nigerian Civil War has a major military establishment been so grounded as the onslaught on the military base in Maiduguri on December 2nd, 2013.

“This gradual deterioration of security and mounting civilian casualties are symptomatic of the failure of intelligence, political naivety and disconnect between the Jonathan administration and current realities of the Nigerian situation.”

The APC demanded compensation for victims of insurgency.

It said: “The issue of compensation should not be one of negotiation. The government must compensate victims. The Lemu Report with its template for an interim escape route provides the basis for constructive engagement.

“We urge the government to dust it up along relevant reports on Nigerian security to assist it in its strategy towards effective national security.”

On the university lecturers’ strike, the party said Nigerians should blame the Federal Government.

It urged President Jonathan’s administration to show leadership by working with the varsity lecturers to salvage the system.

“Now is the time for Jonathan administration to show leadership by working with university lecturers to find a lasting solution to the challenges confronting university education, in terms of funding, infrastructure, standards, welfare and administration.

“This is not the time for threats but partnerships and compromise because the youths are our best resources for tomorrow.

“As a political party, as parents and guardians, our heart goes out to millions of our youths who have been deprived their right to education for over half of an academic session through no fault of theirs.”

The APC accused the Federal Government of using anti-graft agencies to persecute governors and perceived political enemies. It said: “The abuse of public institutions by the Federal Government and the ruling party in persecuting perceived political enemies undermines the integrity of these institutions and subverts the rule of law.

“We have watched the trend in which selected governors and other top political figures are being victimised.

“This does not augur well for a civil relationship in our body politic. It emphasises revenge over fairness and breeds malice, rancour and distrust.”

“For the avoidance of doubt, we will wage a consistent and persistent war against corruption and plug wastages. Corruption under the current Federal Government is endemic and Nigeria’s rating has never been this bad.”

The party faulted how the Police had been turned into the “Rottweiler” of the Presidency and the ruling party.

“The Presidency and the ruling party have deployed the police against the highest principles of federalism,” the APC said, adding:

“Examples of Rivers and Abuja governors’ meeting at Kano Governor’s Lodge where even subordinate police officers act with impunity that has turned Nigeria into a neo-fascist state.

“This contradicts the very basis of democracy, violates the fundamental rights of citizens and elected officers who do not belong to the ruling party and perceived as enemies of the Presidency.” The APC restated its demand for the overhaul of the Independent National Electoral Commission(INEC).

It said: “Less than six months to elections in Ekiti and Osun, with 2015 looming ahead, we are burdened with an INEC that has been de-robed in the public eye, unprepared, compromised and does not inspire faith in the electorate.

“The scale of electoral fraud witnessed in Delta and Anambra portends grave danger for our democracy. INEC needs an urgent and necessary overhaul.

“The independence of INEC, the institution of full biometrics that can guarantee the protection of one man, one vote and the integrity of the election process are cornerstone of a credible electoral system.”

House of Representatives Speaker Aminu Tambuwal was seen at the lodge, but his mission was unclear at press time.
Posted by Unknown at 10:26