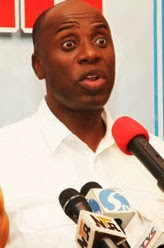 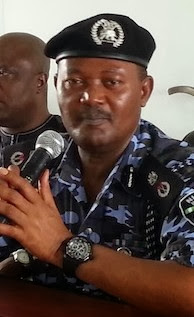 Following revelation by Archbishop Ignatius Kattey that the Rivers State police command lied to Nigerians by claiming that they rescued him, the Commissioner of Police, Joseph Mbu has gone silent. He is no longer talking in the media as usual.

But Governor Rotimi Amaechi has opened a new phase in the controversy surrounding the Police officer. At the just concluded International Fashion Week in Port Harcourt, Amaechi accused Mbu of mingling with some criminals who are giving the state headache.

Recalling that the state was able to fight crime before the coming of Mbu, Governor Amaechi said:
“Mbu is mingling with criminals... We have been able to fight crime in the past and we chased criminals away from the state with the support of police commissioners who came to serve in the state at that time. But only Mbu has refused to support us in fighting crime.

"Those who stole the resources of the state are trying to come back. The government with the people of the state will not allow them,” he declares.

Amaechi had earlier stated that it's only in countries like Iraq and Afghanistan that a man like Mbu should be allowed to head the police in state, givings his mode of operation.
Posted by Unknown at 20:52