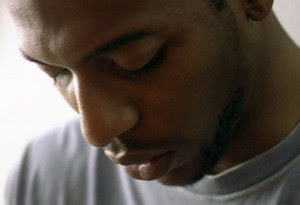 I have known him for two years. He is one of those distant neighbours who had through casual interactions become a friend. In the months that we lived together in the same neighbourhood and when we occasionally ran into one another, our conversation never went beyond the usual inquiry about the weather or the offhand question: “How is your family?”

As a casual friend and neighbour, I had observed him from a distance...
He was introverted and easy-going, almost self-effacing. I knew him as someone who minded his business. He never got into trouble with anyone. That was as far as our friendship went until a year ago when I began to see him with a lady.

Once, he timidly introduced her to me as his fiancée. He re-appeared in the neighbourhood again after a month only to apologise for not inviting me to his wedding. I got him a small gift and wished him a happy married life. He had at the time informed me that he would quit his self-contained apartment to a more comfortable one due to his change of status. This was more than a year ago and as they say, a lot of water has passed under the bridge. Last weekend, when I again ran into my old friend at a barber’s shop where I went for a haircut; he had changed a great deal.

He was emaciated and withdrawn. He also looked traumatised. He could not even recognise me at first when I waved to draw his attention. I observed him closely. He did not radiate the freshness and robust look that is common with newly-weds. I nudged him. First, he looked past me, a blank expression on his face; then, he jumped as if he had seen a ghost. He looked at me again for a moment and then screamed: “Ah! Bros, how now? Long time no see” We exchanged pleasantries in the midst of the loud music from the blaring speakers in the saloon where we had waited for our turn to come. Grabbing me by the arm like a long lost friend, he half-dragged me to a distance where he was sure that no one could eavesdrop on us. Then, in what seemed like torrents of pent-up emotion, he let out the tale of woes his new marriage had become.

“Bros, where have you been? I have been on the look-out for you. You see, I hardly make friends. But I see you as somebody I can confide in. My marriage has been hell and my wife is trouble personified. She has been violent since the first day we were pronounced husband and wife.” He paused and looked around to see if anyone was eavesdropping on us.
“We did not court for a long time. But even in those few months of our courtship, I noticed she was very aggressive. She once slapped a cashier over a small matter. She also slapped me once and I once narrowly escaped being bathed with hot water but I never took it seriously then. Each time she goes into a rage, I quickly forgive her. In the last one year, she has fought me many times over flimsy arguments. The last time, she slapped me in the presence of our friends at a party. The other day, when we got into an argument, one of the many we had had, she sliced my arm with a razor.”

He unfolded his shirt to reveal a deep but a stitched scar that ran through his shoulder to his wrist. It was scary. He went on, now almost sobbing. “I really do not know what to do as I am very scared of her violent mood swings. Her weapons include hot water, boiling soup and kitchen knife which she throws at me like missiles. She has destroyed every gadget in the house. When she is calm, she would break down in my arms, and cry profusely. I have forgiven her many times when I look into her eyes because I really love her. What should I do now? Things have become even more complicated now that she is pregnant with our first baby.”

He proceeded to show me deep scars of teeth bites, nail scratches and injury marks; results of months of violence their marriage had become. It was unbelievable. Now, he has taken to drinking. We returned and both took our turns to have the haircut that had brought us to the hairdresser’s in the first place. Later, we ended up in a bar where he quickly drowned two bottles of beer. I did not know what to say. Third party advice in marriage is always a tricky one. I watched him as he drowned one glass of chilled lager after the other.

Relationship between a man and a woman has always been a complicated one. This is even more so when violence is involved. I have come in contact with women who had been at the receiving end of some of the worst forms of domestic violence. But a battered husband is thought to be rare or hardly discussed. The first reaction upon knowing about the topic of battered men, for many people, is that of disbelief. Battered husbands are also a topic for jokes (such as the cartoon image of a woman chasing her husband with a rolling-pin). Violence against husbands has historically been ignored or subjected to ridicule and abuse. In 18th-century France, for example, a battered husband was made to wear an outlandish outfit and ride backwards around the village on a donkey.

Even those people who like to consider themselves liberated and open-minded often have a difficult time even imagining that husband battering could take place. The idea goes against the stereotype of the passive and helpless female. Although feminism has opened many of our eyes about the existence of domestic violence, and newspaper reports often include cases of abuse of wives, the abuse of husbands is a rarely discussed phenomenon. In many ways, it is still the women who suffer cruelty from violent husbands. While the majority of domestic violence victims are women, abuse of men is thought to happen far more often than one may probably expect.

Typically, men are physically stronger than women but that doesn’t necessarily make it easier to escape the violence or the relationship. An abused man may face a shortage of resources, scepticism from police, and major legal obstacles, especially when it comes to gaining custody of his children from an abusive mother. Husband battering is also said to happen to men from all cultures and all walks of life. Figures have suggested that as many as one in three victims of domestic violence are male. However, men are often reluctant to report abuse by women because they feel embarrassed, or they fear they won’t be believed, or worse, that police will assume that since they’re males they are the perpetrators of the violence and not the victims. Many people also have trouble understanding why a woman who is being abused by her husband or boyfriend doesn’t simply just leave him. When the roles are reversed, and the man is the victim of the abuse, people are even more bemused.

However, anyone who’s been in an abusive relationship knows that it’s never that simple. Ending a relationship, even an abusive one, is rarely easy. When my friend told me he loves his wife, I had imagined why women also find it difficult to quit an abusive husband. However, in spite of the isolated cases of battered men, I still believe women are the major victims. My advice for victims of abuse (man or woman) has always been: Don’t wait till death do you part. Seek help and quit the marriage as soon as possible. Back to the bar, I looked on with pity as my friend hit his seventh bottle. He seemed in no hurry to leave.
By Bayo Olupohunda

(bayoolupohunda@yahoo.com)
Posted by Unknown at 07:33