D'banj Ports To Etisalat; Gets A Mouth Watering N250m Deal 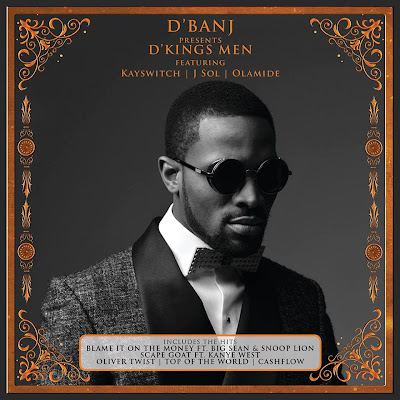 Another indication that D'banj, the Kokomaster, is the king of Nigeria's new generation musicians has again emerged as the Oliver Twist hit maker just hit a mouth watering deal with leading telecommunications firm, Etisalat as a "super" brand ambassador.

A source told Bossmaurice that D'banj was paid 5 times what other Naija artistes get...

I hear a cheque of N250m was issued to him by Etisalat, a company that really wants to re-establish itself as a leader in the industry, after losing its brand face, Saka, to MTN under controversial circumstances.

The deal was struck recently and D'banj has already shot some commercials for Etisalat being prepared for release. D'banj continues to maintain his leadership role in the industry and his latest show, the DKM concert which took place in Lagos on Sunday was a huge success.

Congrats to the Kokomaster, Eja Nla!
Posted by Unknown at 07:28