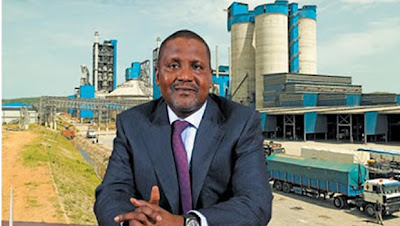 Indications emerged on Wednesday that the $8bn refinery proposed by Africa’s richest man and President, Dangote Group, Alhaji Aliko Dangote, would be located at the Olokola Free Trade Zone. On why Lagos was not chosen, a source said though the state was a coastal state, Dangote would have to build pipelines to transfer crude from oil fields to the refinery, thereby incurring additional expenses.


It is said that necessary approvals had been secured for the refinery, and the Dangote Group is just waiting for the necessary equipment with which to build the refinery...

A senior official of the company, who asked not to be named. told Punch that the refinery would be located in the Olokola FTZ, Ondo State.

One of the factors considered for the location of the refinery, according to the source, is that it is the biggest deep seaport in the country and other big industries are located there; besides, Ondo is one of the oil producing states in the country.

The source added that stable crude oil supply was also a vital element in the choice of the location for the refinery because Chevron and a number of other oil producers had oil fields in that axis.

Another source told Punch that Dangote would put down $4bn of his personal fortune to build the refinery, while international financial institutions had raised the balance.

Dangote had in April announced plans to invest up to $8bn in building an oil refinery with capacity for around 400,000 barrels a day by late 2016.

“This will really help not only Nigeria but sub-Saharan Africa. There has not been a new refinery for a long time in sub-Saharan Africa,” Dangote had told Reuters in a telephone interview.
Posted by Unknown at 09:26