Will Obama Win in this Economy? History Says Maybe Not 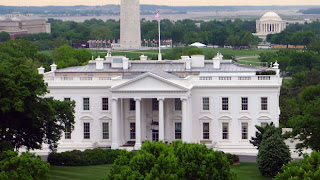 Even though President Obama is favored to be reelected in the fall, a quick look back at economic and electoral history reveals just how much the odds are stacked against the White House amid the lackluster recovery.

According to Barclays (BCS), key economic metrics including unemployment, gross domestic product growth, consumer confidence and capital spending are currently substantially weaker than the average for winning incumbent presidents in reelections since 1948.

Even a seemingly positive measure, the 20% year-over-year jump in the S&P 500, fits more into the historical storyline of an incumbent about to be denied another four years by the voters than one on the cusp of reelection.

“While the race remains too close to call, we believe the direction of the polls will be a major determinant of stock prices this fall,” Barry Knapp, head of U.S. equity strategy at Barclays Capital (BCS: 11.86, -0.19, -1.58%), wrote in a note. “If the polls point toward an improved public policy backdrop, our cautious outlook for the equity market will be at risk.”

Investors on Intrade, the online exchange that takes bets on political outcomes, are currently giving Obama a 57.3% chance of victory, down from 59.6% on August 9 before the selection of Paul Ryan as Romney’s running mate.

However, the Barclays review of the past 10 incumbent presidential elections since Harry Truman upset Thomas Dewey in 1948 suggests otherwise.

The most alarming economic metric for Obama’s campaign has to be the unemployment rate, which at 8.3% would be the highest ever faced by an incumbent, according to Barclays. The 8.3% figure is significantly higher than the losing incumbent average of 7.5% and well below the winning average of just 5.2%.

Likewise, U.S. GDP slowed to just 1.5% in the second quarter, less than half the winning average of 3.1% and even below the defeated average of 1.8%, according to Barclays. Growth is seen picking up to just 2% for the third quarter.

Consumer confidence is another closely-watched gauge that bodes poorly for Obama.

Knapp points to the expectations component of the Thomson Reuters/University of Michigan sentiment survey, which tumbled below the crucial 50 threshold in August and September of last year in the wake of the debt-ceiling debacle.

For winning incumbents, the expectations index has averaged 93.5, compared with 74.2 for losers and 64.5 for Obama.

Capital spending also paints a negative picture for Obama. Non-residential fixed investment rose 6.5% in the second quarter from the first quarter, less than half the winning incumbent average of 13.8% and below the losing average of 11.7%, according to Barclays.
Furthermore, Barclays notes that the Baker Policy Uncertainty Index stood at just 68.8 on average for presidents who were reelected, but is currently at 134.9 under Obama.
Uncertainty has clouded the economic picture for businesses and investors as they wonder about the future of the government’s tax-and-spending policies as well as health-care and financial reform.
The current reading of the Baker index is still below the 179.7 average under defeated incumbents and well below the more than 300 level hit during the debt-ceiling dispute.
Of course, there haven’t been enough reelections to say that any of these economic barometers will accurately predict the 2012 race.
It’s also worth pointing out that many economic conditions had been even gloomier before Obama took office as the U.S. grappled with its scariest financial crisis since the Great Depression.
The White House can accurately point out that the S&P 500 has soared 20% over the past 12 months in the face of economic headwinds.
While that rally has helped the finances of many Americans and kept confidence afloat, it may counter intuitively be an ominous signal for Obama.
According to Barclays, the S&P 500 has gained 15.4% year-over-year for losing incumbents, outpacing the 10.4% rise for winning incumbents.
“Elections breed optimism, but change is even better from an equity market perspective,” said Knapp.