Peter Guber Says Obama Has Disappointed Hollywood, Despite Evidence To The Contrary

Mandalay Entertainment CEO Peter Guber is known as one of the most successful movie producers currently working, having been an integral part of "Batman," "Batman Returns," "Rain Man" and "The Color Purple." So it would follow that Guber has a finger firmly on the pulse of Hollywood, and he recently shared an interesting perspective with Fox News.
"Even the most ardent supporters have said, 'Yeah the first term was not exactly a stellar performance,'" Guber told Fox's Neal Cavuto of President Obama's performance (transcript via THR). "It wasn't really a win-win." 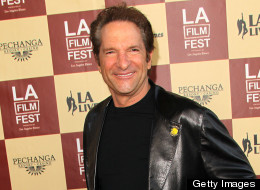 Peter Guber says Obama may see some trouble with the Hollywood crowd.

"I think a lot of these people who have been doing fundraisers and supporting him have some real questions," Guber said. "They have questions on whether this will really change in the second term. Will it be more of the same? Can he really solve what he couldn't solve in the first term in the second term? Or should they make a change?"
The interview comes as a bit of a surprise, given the overwhelming support television and film bigwigs have been giving Obama in recent weeks.
At this year's Democratic National Convention, actress Jessica Alba and singer Pitbull will host closing night festivities. "Desperate Housewives" star Eva Longoria will also figure prominently at the event, and is a national co-chair of Obama's campaign.
"Hunger Games" actress Elizabeth Banks filmed an extremely personal video for the Obama campaign, in which she detailed her experiences with Planned Parenthood and thanked the President for supporting the non-profit.
An Aug. 6 fundraiser at movie mogul Harvey Weinstein's home drew an especially star-studded crowd. Anne Hathaway co-hosted, earning lavish praise from the President, who said he was a big fan of her performance in "The Dark Knight Rises."
The cast of "The Wire" stumped for the President in Martha's Vineyard just one day after David Simon -- the show's creator -- penned a blistering blog denouncing Mitt Romney's comments on taxes.
After he delineated his "evolution" on same-sex marriage, a number of prominent gay producers and showrunners attended a June 6 fundraiser for the President, at "Glee" creator Ryan Murphy's home.
Obama's relationship with Hollywood seems to be so cozy that a conservative group recently released the phone numbers of Steven Spielberg, Bill Maher, Morgan Freeman and Jeffrey Katzenberg. Grassfire Nation asked its supporters to demand the entertainers -- who had all donated to a pro-Obama PAC -- condemn a controversial political ad.
The President himself even talked freely of his friendship with actor George Clooney, describing the actor as "a wonderful guy." Clooney -- a longtime activist -- hosted a fundraiser which brought in an astounding $15 million for the campaign.
All this, of course, to say nothing of the music world's response to the election, with Tom Morello of Rage Against the Machine, the Silversun Pickups and Dee Snider of Twisted Sister all recently denouncing the Romney-Ryan ticket.
Posted by Unknown at 13:02