Who are this year’s Champions League favourites? 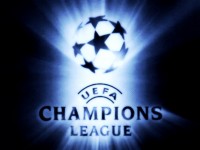 With the 2012-13 season underway, the Champions League group stages are not too far away from being drawn. Holders Chelsea will look to defend their crown, but will have a host of European giants eager to claim glory. After a busy summer in the transfer market, Champions League betting odds will be impacted by the new faces at the big clubs, but who are this year’s frontrunners?

Chelsea – The Stamford Bridge side took the footballing world by surprise last term with the Champions League news of an unexpected triumph over Bayern Munich in the final. Roman Abramovich has spent big this summer on the likes of Eden Hazard, Oscar and Marko Marin, and Roberto Di Matteo’s men will look to defend their crown.

Real Madrid – Spanish champions Real Madrid will look to build on their domestic dominance from last term and lift the coveted European crown, which Jose Mourinho won at Porto and Inter. Los Blancos have finally been successful in their efforts to sign Luka Modric from Tottenham, and their attacking stars such as Cristiano Ronaldo and Karim Benzema will make them one of the teams to beat.

Juventus – The Turin giants have had a revival under Antonio Conte, and won Serie A last season unbeaten. After a busy summer in the transfer market signing the likes of Mauricio Isla and Kwadwho Asamoah, the Bianconeri will look forward to mixing it with Europe’s finest once more, and will hope that their dogged style and individual attacking abilities can cause damage on the continent.

Manchester City – Roberto Mancini’s men won a memorable Premier League title on the last day of last season on goal difference, ending a 44-year wait for the Etihad Stadium fans. The club owners have invested heavily in the recent past but Jack Rodwell is the only addition of note this summer; despite this the Champions League will be the next target for the big-spending English side.

Barcelona – The Catalan powerhouses suffered the indignity of losing their domestic title to Real Madrid and European crown to Chelsea last term, and will look to bounce back in 2012-13. Tito Vilanova has replaced Pep Guardiola as boss, with Jordi Alba and Alex Song signed so far this summer. With Lionel Messi and co eager to retake their place at the top, the Camp Nou outfit will take some stopping this term.

Paris Saint-Germain – The Qatari-backed Ligue 1 side have wasted no time in strengthening their squad this summer, with Ezequiel Lavezzi, Zlatan Ibrahimovic and Thiago Silva joining the French capital city revolution. Given the individual talent at Carlo Ancelotti’s disposal, PSG could well be an outside bet for glory in 2012-13.

Bayern Munich – The Bavarian giants are still having nightmares over their tournament final defeat to Chelsea last term, and will look to make amends this year. Jupp Heynckes has spent wisely this summer, bringing Dante, Xherdan Shaqiri and Mario Mandzukic to the Allianz Arena to strengthen an already star-studded squad.

Manchester United – Sir Alex Ferguson’s team suffered a disappointing group stage elimination last year, and after a trophyless campaign will be focused on glory this term. The summer additions of Robin van Persie and Shinji Kagawa will bolster the Old Trafford side’s attacking options and the Red Devils will be confident of reaching the latter stages at the very least.