Victoria's Secret in a tight spot with a former hosiery supplier 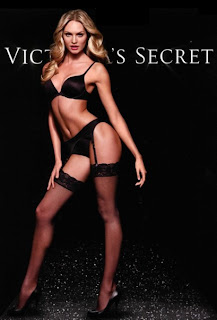 Lingerie giant Victoria's Secret is being sued by a former hosiery supplier for breach of contract, false advertising and unfair competition.
Victoria's Secret, along with its parent company Limited Brands, are set to face a former hosiery supplier in a $15 million lawsuit. New Jersey-based Zephyrs, who supplied the lingerie giant with Italian-made tights and stockings for almost a decade until early 2011, are claiming that Victoria's Secret are misleading customers by selling cheap "knock-offs" of their products.

All the latest Victoria's Secret news
According to the complaint, which was filed in the US state of Ohio, Victoria's Secret have continued to use images of more expensive, Zephyrs-designed legwear on packaging and in-store displays whilst the product they are actually selling is manufactured by a different supplier, report WWD.

"Victoria's Secret changed the product in the packaging but didn't change anything else except Made in Canada on the back of the package. It used to say Made in Italy" explained lawyer Joseph Gioconda, who is representing Zephyrs.
READ: Victoria's Secret opens in the UK: What to expect
Debra McKinnon, owner and president of Zephyrs added, "When I was in Chicago in March 2012, I went to a Victoria's Secret store and picked up a package and saw it said Made in Canada. The product inside was drastically different than what [the image] was on the package." McKinnon also noted that the merchandise in question was still on Victoria's Secret shelves last week.
Zephyr are seeking corrective advertising as well as a recall of products, including Lace Top Fish Net Stockings, Fish Net Thigh-Highs With Backseam and the Signature Stripe Thigh-High With Bows which have allegedly been manufactured with irregular borders, missing heel reinforcements, cheaper lace trims and less durable construction.
READ: Victoria's Secret already upsetting Bond Street neighbours
Victoria's Secret recently made their first foray into the European market with a store in London's Westfield shopping centre in Stratford. The New Bond Street flagship store, which is set to open imminently, has reportedly already caused controversy amongst the street's higher end residents who are concerned about what the arrival of a high-street brand will mean to an area that has traditionally been dominated by luxury labels.