Third Mainland Bridge Not Under Any Structural Threat– Ministry 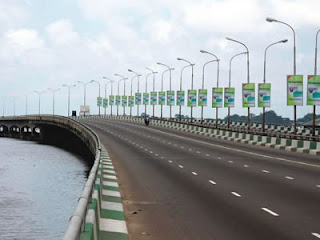 The Federal Ministry of Works has debunked speculations in the social media that the Third Mainland Bridge, Lagos, was about collapsing due to structural defect.

A statement by Mr Dominic Avishigh, the ministry’s Director of Highways Design (Bridges), on Sunday in Lagos urged the motoring public, and indeed Lagosians, to disregard this unfounded rumour.

It said that a joint inspection of the bridge was first carried out by a combined team of engineers, following insinuations that the bridge was oscillating in 2006.

“At the end of the inspection, it was resolved that an internationally reputed bridge consultant be invited to carry out further inspection of the bridge.

“An international bridge consultant was thereafter invited to carry out series of inspections and investigations along with the contractors and the bridge design consultants.

“The studies revealed that there was no threat of collapse on the Third Mainland Bridge,” the statement said.

It noted that it was the same fears that led to the commissioning of underwater studies of the sub-structure of the bridge recently.

It said that the preliminary report of the yet-to-be concluded studies showed that the metal casing housing the concrete was rotting away.

According to the statement, the rot is due to the activities of certain sea creatures attracted to that section of the Lagos Lagoon due to the discharge of organic effluent into it.

“Following the report, the Minister of Works,  Mike Onolememen, wrote to the Lagos State Government to stop the discharge of organic effluents into the lagoon in the area,” it said.

It also said that another independent consultant on bridges was re-invited to review the underwater report and the consultant said that the fears were unfounded.

It added that there was no immediate danger posed by the bridge.

It reiterated that President Goodluck Jonathan had also in 2011 ordered the ministry to undertake the underwater inspection of all bridges nationwide, to forestall any catastrophe.

It added that it was the ministry’s investigations that necessitated the ongoing rehabilitation of the Expansion Joints on the Third Mainland Bridge.

It, therefore, urged users of the bridge to disregard the disturbing information meant to frighten Nigerians and cause disaffection among the people. (NAN)