Social Media: The Pains And The Gains 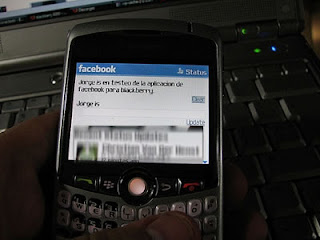 The recent cruel murder of the daughter of a retired Nigerian general, Cynthia Osokogu, by persons she allegedly met on Facebook has once again brought to the fore, the pervasive risks and threats affiliated with the usage of social media. Many observers, especially those who – or whose friends of relatives – have fallen victims of the inherent hazards and clandestine criminality to which the potent potentialities of the social media can be put, have called for a boycott of the now ubiquitous media.

Well, their fears and advocacy of embargo on, or proscription of social media may not be out of place. They are only being cautious. He deserves to break his leg, one who stumbles on the same stone twice. And in this case, there are ample instances of internet ‘bad boys’ swindling innocent, unsuspecting and naïve persons to part with their valuables or services.

Social media also has this irresistible magnetic appeal which glues users to it all day long. If you aren’t doubly disciplined and determined, you’d always find yourself staring at and pressing your phone or BB while walking by, or crossing a busy road. You may even be caught struggling to suppress sleep, postponing eating or studying all because you want to stay ‘connected’. In the ‘Acada Extra’ of April 22, 2012, a college student, Taylor Sauer was reported to have died while driving at 80km/ph and updating her Facebook status. Ironically, her last post was “Driving and facebooking is not safe! Haha!”

After all these, should we not indeed boycott social media – Facebook, Twitter, 2go, Yahoo! Messenger, Pinterest, Digg it, etc.? In fact, the number three citizen in Nigeria, Senator David Mark recently called for a strict legal regulation of what he said Nigerians now use to denigrate their leaders (though he later cowardly denied it). Should we not all at once stop using what may be used to hoodwink us, what may turn out to be made an opening to prosecution (don’t mind Mark, the government is incapable of regulating it!) against those who use it?

My answer is an earsplitting “NO!” The reason for my position is not far-fetched. If the truth must be told – and there is no other upright way to live than tell it – social media is a neutral communication channel. It is a passive, disinterested information dissemination conduit: put it to good use and it would serve you; use it to orchestrate evil and you’d find it very helpful.

While it is true that social media can be time-wasting, frivolous, unsafe or evil-brewing, what is truer is that the users, not the networking tools, determine whether the end products would be positive or otherwise.

The character of persons and networks a person links up with and the activities he stages through the media dictate what he gets from such connections at the end of the day.

And more important than this is the fact that the merits and goodies derivable from its usage far greatly outweigh the risks. The probability that a vigilant, prudent and contented person would turn a victim of a cyber crime is very low. Of course the most careful of persons can turn out a victim, but this occurs once in a blue moon.

The innovative and creative uses to which social media can be put are simply inestimable. Business promotion, product marketing, information dissemination, keeping close tabs with pals, relatives and persons with similar interests, research and learning, just name it. These far outweigh the inherent hazards which haunt mainly the unwary users.

When you’re so avaricious or gullible as to fall for an online job offering to pay you $300 every hour just for clicking on links, or you believe that an unsolicited email offering you 40% of 2 million pounds provided you send your bank account details, or a web tweak boasting of its capability to get you 500 Twitter followers a day can be real, then you’re a desirable prey for internet fraudsters. If it sounds too good to be true, it most likely is not  real.

The key to eternal freedom remains continuous vigilance. Know what you want, watch the people you connect with, the interests you pursue, the time-frame you use online and don’t hope to reap where you’ve not sown. And if you believe in the potency of prayer – like I and every other reasonable man does – then cling to it conscientiously.
The social media has come to stay. How well we adapt to it makes the whole difference; it makes or mars us.

*Muhammed Abdullahi Tosin is a Nigerian freelance writer and writing tutor. He blogs at www.NaijaWritersCoach.wordpress.com.
Posted by Unknown at 13:23