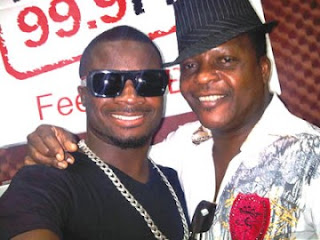 If there was any album that transcended class, age and ethnic divide, it has to be Shina Peter’s popular album, Ace (Afro – Juju Series 1), released in 1989. It all began when the then 31-year-old singer and instrumentalist launched a solo music career by forming his own band “Sir Shina Peters & His International Stars”.

The album was so successful that no party was complete if it was not played there. Within months of its release, it went double platinum and was the turning point for the singer who had recorded many albums with Segun Adekunle in the 80s.

Although rendered in Yoruba with a smattering of English, the fusion of Juju, Afro-Beat and Fuji music percussions made it an instant hit. The ‘Ace fever’ spread like an epidemic, infecting anybody that came across tracks like Afro-Juju, Je Kajo, Ijo Shina, Oyin Momo and many others. The singer earned quadruple credits as the writer, arranger, and lead vocalist/guitarist on all songs in the album and carted away all the major awards in the year of release.
Posted by Unknown at 16:16