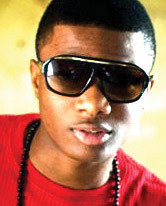 The era of pen pals or fans clubs are fast disappearing with the bug of information technology eating into every fabric of our everyday living. The most powerful tools of communication are shifting from what we used to know to what are taking over the way we socialise, even across great distances.

In today’s fast paced world of inter-connectivity from one part of the world to another, the social networking utilities like Twitter and the Facebook top the bill. Between the two utilities, billions of people around the world socialise freely, sharing information and even doing businesses, regardless of boundaries and time zone differences.

Although Facebook is as good as it could get but Twitter has the edge for its configuration,which makes it very easy to determine the number of people who is connected with a person.

It has become a platform through which a person’s popularity could be measured. Facebook, for all the goodies it offers has a limitation as to the number of people who could stay connected with a person. On Twitter, the number is limitless..

Currently, the champion of Twitter is the American diva, Lady Gaga, who has close to 30 million people following her on Twitter. Not even the most powerful man on the planet, the American President, Barrack Obama, comes close.

Next person is another entertainer, Justin Bieber,a Canadian singer-songwriter, musician, producer and actor. He has close to 27 million followers. 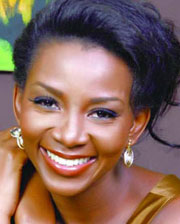 In fact the first five spots are taken by entertainers, including Katy Perry, Rihanna and Britney Spears before a breather was given for President Barrack Obama to occupy the 6th place. After the American President, it was entertainers’ party all the way.

Nigeria’s entertainers may not play in the same league as their American counterparts but they sure can hold their own anywhere in the world. Gone are the days of the rag-tag entertainers who wait for handouts from people who, more often than not, ride on their prides, before throwing some tokens their way. Now they drive the best cars, live in most luxurious homes and some of them even fly their own jets to cruise around the world.

So, who are the Nigeria’s superstars of the Twitter? While the question may not provide answer to a popularity check among Nigeria’s entertainers it goes a long way in giving an insight into those making the entertainment industry tick.

Though the Twitter is updated constantly, almost every second of the day and that to a certain extent may affect the number of followers a star has at any point in time which may even change between a twinkling of an eye.

Tuface Idibia, P-Square or D’Banj may be the names on the minds of most people but none of these superstars come first on Twitter with the highest number of followers. The Nigeria’s number superstar of the Twitter is the new music sensation holding the music industry spellbound. 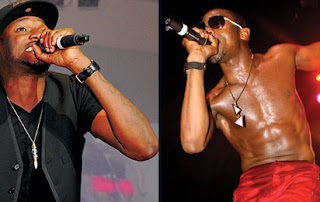 Fast rising Nigerian pop star, Ayo Balogun popularly called Wizkid, is the most popular Nigerian artiste with a followers list of over 325, 100 people. No wonder, the little guy is snapping up every award here and there. Recently, he took the international scene by storm when he won the Best International Act (Africa) at the BET awards held in Los Angeles, USA.

Trailing him with a bit of meanness is the Koko Master, Dapo Daniel Oyebanjo, known as D’Banj. No one can question D’Banj’s popularity and the ‘Oliver Twister’ storm raiser has over 300,136 followers. At the last check, he was just some 25,000 short of overtaking the 22 year-old Wizkid.

In the third place is Olubankole Wellington, popularly known as Banky W. The guy does Rhythm and Blues and seems to be winning hearts with his deft delivery. He has over 230, 000 followers and breathing down his neck is another musician, Eldee, born Lanre Dabiri. He has over 202,000 followers.

Now, Nollywood makes it first entry and who could have pulled it off other than dear Genevieve Nnaji. Genevieve has been described as the queen of Nollywood and on the Twitter popularity check, the mother of one has not disappointed. As at last check, she has over 176,000 followers on her Twitter account. She can thus be regarded as the most famous female entertainer in Nigeria.