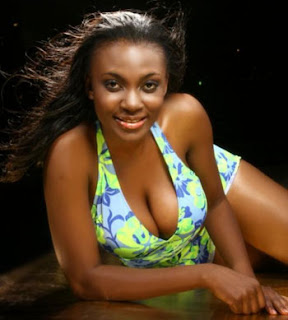 Isabella Ayuk
Three months after ascending the throne as the Most Beautiful Girl in Nigeria (MBGN) Beauty pageant, 26 year old Queen Isabella Ayuk has started touching lives and rendering an impactful service to humanity across Nigeria.

“The MBGN 2012 project is in line with the millennium development goals and Queen Isabella is using the platform to campaign against typhoid fever because I lost my sister to typhoid and also to empower widows (because my mum is a widow) by creating small scale businesses for them because I believe that one of the problem facing Nigeria today is extreme poverty and hunger and when u empower a woman, you have empowered the whole nation.”

Some of the places and projects the MBGN Queen has done include primary schools, visits to some widows, hospital equipment donation as well as granting scholarships to some students.

She also visited a refugee camp, distributed free Typhoid vaccines and also renovated some primary schools as well as some houses belonging to widows.

Among the recipients of the good heart of the Queen was a food vendor simply known as Mama Food Vendor, a widow with three children in Nassarawa Local Government Area of Nassarawa State.