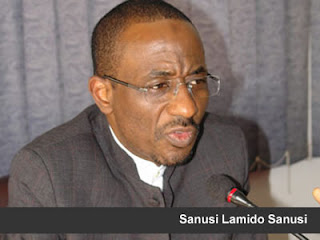 The Governor of the Central Bank of Nigeria (CBN), Sanusi Lamido Sanusi, has said the nation’s external reserves has  leaped to over $40 billion. He attributed the increase in the  reserves to  proper planning as a result of the European and United States’economic crises.

He said: “There’s been a relative  slow down in GDP growth. The international environment has not been one of high inflation, so the challenges are those of commodity prices as a result of the European crisis and the US. We have focused on building  our reserves,  which is now at over $40 billion for the first time in a long time.”

However, he said they were pleasantly surprised to see a slight dip in inflation, after the fuel subsidy removal because their models had projected that there would be a peak this quarter to about 14 per cent or 14.5 per cent.

The CBN Governor noted that there had been “very sluggish growth in M2 and monetary tightening has been very effective and keeping the exchange rate fairly within the band that we expected of N157 to N158, which reduces imported inflation.”

If the CBN continues to build up the reserves and maintain a fairly stable exchange rate, he predicted that inflation would fall, “then we can look at the situation in the next two to four months.”

Sanusi was optimistic that inflation might not get to 12.5 per cent, but “we don’t think it has peaked yet. Our models show it will peak around August or September, and begin to tapper down towards the end of the year.”

He insisted that given the  historical patterns, it is unlikely there would be a cyclical  inflation.
Posted by Unknown at 13:08