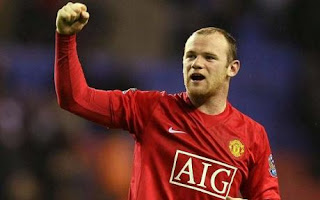 Speculation in the English press over the weekend has stated that Manchester United boss Sir Alex Ferguson may well be considering selling star striker Wayne Rooney, after the forward started the new season slowly. With the summer additions of Robin van Persie and Shinji Kagawa, and Danny Welbeck’s contract extension, the tabloids have been quick to turn on the England international and link him with a move away from Old Trafford. However, surely Ferguson will have no intention of offloading the attacker.

Looking at last season, United were a different team with and without Rooney, with the forward adding his trademark energetic approach, guile and a touch of class to a team that at times struggled to break down defences in his absence. Add to this the 27 league goals that the forward returned, and Rooney was arguably the most important player in the Red Devils’ set-up in 2011-12.

Admittedly, Rooney did not look his devastating self at Euro 2012, and was off the boil against Everton in United’s opening day defeat. The ex-Everton attacker now faces up to two months on the sidelines with a gash on his leg, but in the long term he will be well and truly in Sir Alex’s plans.

United have effectively signed a new strike force this summer with the addition of centre forward Robin van Persie and second striker Shinji Kagawa, but these players have not been added as a replacement for Rooney; they are support to take the considerable goalscoring and attacking burden off his shoulders that he harboured last term. Yes both may have started the game against Fulham with Rooney on the bench and both hit the net in a 3-2 win; going forward the duo will be vastly-important in United’s chances of silverware, especially in the next two months in Rooney’s absence.

However, expect Rooney to come back stronger than ever, as competition for places will certainly make the England man snap out of the malaise that has blighted his recent form. Rooney has become the first name on the team-sheet for club and country, and as such may well have let complacency creep into his game. However, with the summer additions at Old Trafford the gifted forward is no longer assured a place in the United starting XI, which will surely bring out the best in him.

As United look to stand toe-to-toe with cross-town rivals Manchester City the last thing on Sir Alex Ferguson’s mind will be the sale of Wayne Rooney. When he returns to fitness, the world-class frontman will have a point to prove and refocussing the forward’s thoughts could well be a masterstroke on Ferguson’s behalf and the difference in the title race this term.