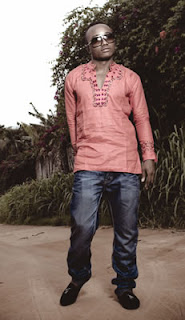 Wave maker Ashimi Olawale aka Brymo is the brain behind the hit track ‘Ara’. In this interview, he speaks about his journey into music and his gains thereafter.

How did you discover your talent for music?

I was quite young. I think I was about 14 or thereabouts when I developed the interest suddenly. I remember that in the last term of my form three class, I used to go from class to class listening to other students sing and beat on their desks.

By the time I was in form four I wrote my first song, then in 2002, some of my friends and I formed a group called ‘aliens’ and we recorded our first song in 2003. It was poor, a serious flop. We all felt so bad and therefore had to split. I recorded my own song in 2005.

Did you get the desired push from your parents when you decided to do music?

No I did not. Most parents are comfortable with their wards going to school, getting a degree then getting a job later. I would say I was a little bit more adventurous. I actually could afford to be a little bit more stubborn because I am an only child. I don’t know if that is why they gave in and let me have my way.

As at the time I gained admission to study Zoology at the Lagos State University, I was always fighting with my father because he could not afford my school fees. He was always telling me that I was already a man and should fend for myself and I would tell him that I couldn’t work and go to school full time.

Secondly, by my second year at the university, I already had a video out that was enjoying generous airplay on local and international television stations. In school, people started hailing me. Gradually it became a burden. I was supposed to go to school to study but I could not any longer because of the distraction. Boys in school were always expecting me to buy them beer or give them cash and I was not making that kind of money. I just thought to myself that I can always go back for my degree but music will not wait for me. Add it to the fact that I did not want to argue school fees with my father any longer, I dropped out.

You grew up in Okokomaiko as an only child, can you relive the experience?

No regrets about where I grew up. I played like most children, made my mistakes and learnt from them. I thank God for whom I am today. I did not get involved in too many rough things because my parents were always there to caution me.

What would you consider your big break?

That is definitely Ice Prince’s Oleku where I was featured. That song was the long-awaited magic wand. How it happened is a miracle really, it was not planned.

You are currently signed by one of the hottest labels, Chocolate City, how does it feel?

Denrele called me and said I need to talk to MI.I called him, we spoke and I got an invitation to the house. I remember I recorded my first song that day. Later on, I met the bosses at Chocolate City and before I knew it I had become a ‘choc boy’.

How did you manage to turn a popular saying to your hit track, Ara?

The beat was given to me by some of my friends. I listened to the beat for a very long time wondering what to do with it. It was not easy getting a line to fit the beat because it is almost western, but with a local touch. In the long run, the line came to my head, it fit and it stuck.

Is it true that you tend to Yoruba lyrics because your spoken English is not good?

People can say whatever they like but the truth is that I can’t keep doing the same thing if all I get would be the same results. I needed to change. I had a first album and it was all rhythm and blues but I did not get the desired result.

When I tried what I did with Oleku and it paid off big time home and abroad, it was then I realised that music is not really about language; it’s about the feel.

Music has taken you outside this shore, what was your initial experience like?

I have fantasised about things that are happening to me now for so long. So when it finally happened it was like de ja vu. The first time I went to the United Kingdom was really cool.

What are the best and worst parts of being a recording artist?

I know you are a singer and song writer, which excites you more?

Of course singing puts more money in my pocket, it pays the bills but notwithstanding, I love to write songs because there are a lot of songs that I have written that were not recorded. I sold them.

What have you done with your biggest earning so far?

As an only child, is there pressure on you to get married?

Naturally, I am a Yoruba boy. My father is an Awori man from Lagos and my mum is Egun from Badagry. Marriage does not appeal to me right now, I am still young. What I do is fight off the pressure, in a way that my parents will not feel slighted.
Posted by Unknown at 17:47