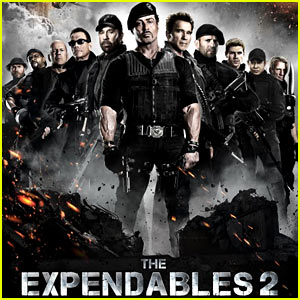 The Expendables 2 has taken the top spot at the box office in a rather light weekend in movie attendance!

Jeremy Renner‘s The Bourne Legacy came in at number two this weekend, bringing in $9.3 million.

The family fun film ParaNorman came in at number three with $8.5 million earned.


WHAT DID YOU SEE at the movies this weekend?