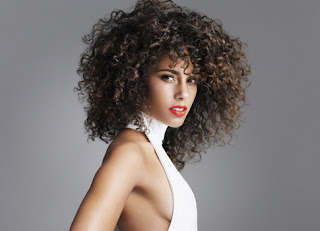 Watch out Blue Ivy. There’s another celebrity baby waiting in line for his cameo. Alicia Keys reveals that her son Egypt may make an appearance on her upcoming album.

“He might need a cameo, you know what I mean? He might,” the Grammy-winning songstress told Entertainment Weekly of her 22-month-old son with Swizz Beatz. “He may need to say a couple words. There’s one song in particular called ‘When It’s All Over’ that he may need a little feature on. So we’ll see.”

It wouldn’t be the first time a child has appeared on their parent’s record. Beyoncé and Jay-Z’s daughter was barely out of the womb before her father recorded her vocals for “Glory.”

“I think that they’re going to have a big future,” laughed Alicia when asked if her son and Blue Ivy would release an album together.

Giving birth to Egypt inspired her fifth album Girl on Fire, due November 27. “You get an immediate perspective shift,” said Alicia. “There’s just nothing like it. And, all of a sudden, it’s like you’re a full-on fu**ing grown up. It’s obviously because you’re a mom and you’re caring for another life. But it’s more than that: It’s like you have a sense of what feels right and what doesn’t feel right.”

The 31-year-old singer plans to bring Egypt on the road with her when she tours. “I’m actually really excited about it because he’s at the perfect age to come with me,” she shared. “He’s just at that great, beautiful age where he’s exploring so much and he’s learning so much. He’s taking everything in. I feel that 100% it’s going to make me look at the world in different eyes.”

She traveled to Jamaica and London, but the majority of the album was recorded in New York. “That’s my hometown, so I love being here and there’s something really powerful about this city that resonates in me,” said Alicia, who collaborated with Babyface, Gary Clarke Jr., Pop & Oak, Emeli Sandé, and Jamie xx.

Alicia will debut “Girl on Fire,” the first single from the album, at the 2012 MTV Video Music Awards on September 6. She will also showcase new material at the iTunes Festival in London on September 28.
Posted by Unknown at 18:11