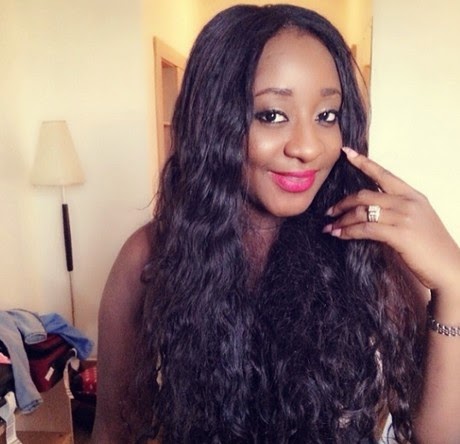 Nothing hides forever, hence it's good for people to just be careful. This is messy, not palatable to the ears at all. Following Ini Edo's post on her twitter page confirming her marriage break up with her husband of 5 years and her claim that she never cheated on him, the relatives of her ex-husband have responded to her claims. They say Ini Edo is a liar and also a serial cheat; with instances. Details below:

A close family source who is related to Philip spoke to a source on the condition of anonymity:

"Ini Edo should shut up about the marriage crash because with the way she is going by trying to paint Phillip as the wrong party, we may be forced to open her can of worms and it will not be palatable to her and her career.

"I can tell you that Ini Edo is a serial cheat who played the field behind her husband’s back for the duration of their marriage. Is she going to deny she was dating one Island big boy whose girlfriend organized her friends to beat her up and injured her?"

"Bros, I can tell you that Ini Edo is not as innocent as she is trying to make people believe or think. We caught her on more than three occasion with three different men and she always begged us to forgive her.

"We can even mention some of the men she had affairs with including a South-South governor whose wife embarrassed her and ordered her security to send her out of the governor’s guest house in the state capital.

"She should dare us and we will mention the name of the governor on the pages of newspapers."

Another source, a close friend of Phillip also added his voice to the contentious issue:

"Did she tell you how Phillip embarrassed her in front of her people when he went to collect his bride price? He told her people the kind of adulterous daughter they have and how she had been cheating on him right from the first day they were married.

"In fact, he did not want to collect the bride price but her people begged him to collect it as that would free her to get married to another man in the future."


- Ini Edo should be quiet if these allegations are true; those who live in glass house don't throw stones.
Posted by Unknown at 19:18