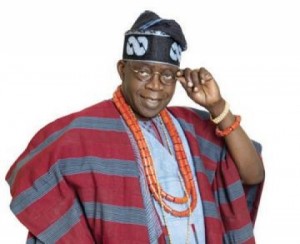 In a statement by the Special Adviser on media to the Oyo state governor, Dr. Festus Adedayo, Tinubu, is a Financial Expert, Accountant and Administrator was picked after extensive deliberations between the governments of Oyo and Osun states.

LAUTECH was setup in 1988 by the old Oyo government and has been the subject of a dispute of ownership between Oyo and Osun states till both states finally decided to co-own the institution.

Asiwaju Bola Ahmed Tinubu is expected to bring in his (*coughs* Politics in education…Na wa o!) administrative ingenuity and vast experience in public management to bear on the running of LAUTECH and reposition it to meet the standards of world class institutions of higher learning.

Bear in mind that Tinubu is the political leader of the Action Congress Of Nigeria, (ACN) a major opposition political party in Nigeria and the platform with which both governors were brought into office.
Posted by Unknown at 13:20