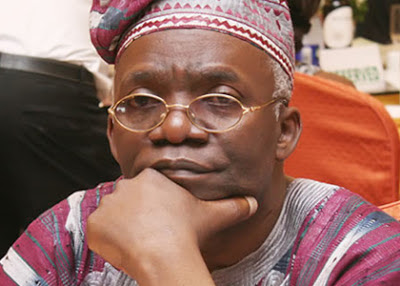 “But I wish to say that the management of the bank refunded the money to avoid a legal action from our chambers,” Falana added.

A statement released by the Economic and Financial Crimes Commission, EFCC, on Thursday announced that it had arrested two suspects involved in the billion bank fraud totaling about N1.5.

Olayinka Sanni, a former manager at Intercontinental Bank (now Access Bank), and Oyebode Atoyebi, Personal Assistant to Hon Adeyemi Ikuforiji, the Speaker of the Lagos State House of Assembly, were arrested by the commission for conspiracy, stealing, and forgery.

“Sanni is also embroiled in a foreign exchange scam where his SIDAW Ventures account was used to handle the sum of N104, 405, 000 where only N72,229,000 worth of foreign exchange was paid to the customer leaving a balance of N32, 185, 000 being hotly contested between his firm and the customer,” a statement signed by Wilson Uwujaren, EFCC spokesperson, read.

The EFCC said the suspects will be arraigned in court soon.
Posted by Unknown at 02:52