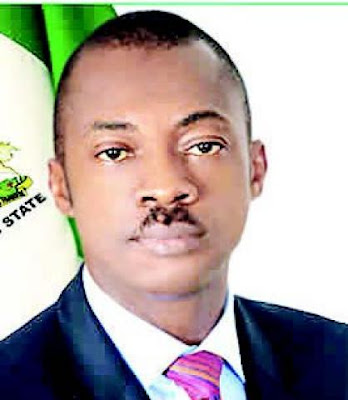 Governor Sullivan Chime, who has been missing from Enugu State since September 2012 when he applied accumulated leave that ought to have lasted only one and a half months, is battling heart disease in London’s Cromwell Hospital, sources have told SaharaReporters.
Despite efforts to ferry him home to quell public restlessness in the State, the condition of the governor, whose medical sojourn started in India, has remained dire.

The prolonged absence of the Governor has left the state under the complete control of his Chief of Staff, Mrs. Ifeoma Nwobodo. Deputy Governor Sunday Onyebuchi, who is a neophyte, is limited to monetary spending limit of not more than N500,000k at a time.

Before becoming governor, Mr. Chime was Enugu state's Attorney General in the government of now-indicted former Governor Chimaroke Nnamani. During Chimaroke's reign in the state and for eight years, several assassinations, including that of Victor Nwankwo, the business manager of the vocal activist Arthur Nwankwo, helped to chill public dissent.

Following the disappearance from public view of Governor Chime in 2012, several assassinations have also been experienced in the state. Emeka Agwu, a man described as vocal and fearless, was assassinated in December 2012. He hailed from Udi, the same local government area as the governor.

Other assassinations, including those of Ogbo Edoda and Ikeckucku Alagwu, a coordinator of MDG projects in two LGAs, have sent fear throughout the state and chilled notable voices. So far, there are no investigations into those murders.

Enugu indigenes are fearful about what lies ahead for the State, and many prominent church leaders who hail from the same area as the governor have gone silent. The state assembly is also in the pockets of the governor.

A few days ago, a pro-democracy association of Enugu State citizens which calls itself the Save Enugu Group, called on Acting Governor Onyebuchi to make a “categorical explanation” on the condition and whereabouts of Governor Chime.


The Acting Governor has yet to respond.
Posted by Unknown at 12:01