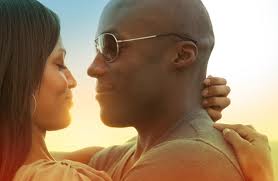 In my work as a relationship coach and blogger, I hear it over and over again ... yet, at some level, it still takes me by surprise: Why do so many really smart, accomplished and attractive women go for "bad boys" or Alpha males? In other words, why does someone who has the potential to be an incredible catch sabotage herself with such poor choices?

An Alpha male is a man who owns himself, a leader of the pack. He is internally-driven and certain of who he is and what he wants. It is the very essence of masculine energy so it's no surprise that feminine energy finds it so appealing.


The downside of the Alpha is he can sometimes be self-obsessed, insensitive, jealous, controlling, perhaps even demeaning or violent in extreme cases. The downside for those who are in relationships with that type of guy is because so many women respond primitively to his darker, masculine energy, he has more choices available to him and is often unfaithful. Perhaps the best real-life example of this scenario is actress Sandra Bullock and her ex-husband, motorcycle bad boy Jesse James, who publicly split after his serial infidelity was revealed in 2010.
Recently, a woman asked the question that prompted me to write this article. She described herself as "a very type A female." She went on to say "I always assumed that I'd need an Alpha male in my life ... to bring out more of my feminine side." She went even further, saying that although she and Alpha men "get" one another because they are strong enough to "take" her, these men are also the cheaters, verbal/emotional abusers or worse.
I was really glad she asked her question for two reasons: (1) because the same problem affects so many smart, accomplished women, and (2) because I can explain what this phenomenon is all about. For starters, this very bright woman, and those like her, are operating under a huge, false assumption that sabotages their romantic prospects. Not only that, it will continue to sabotage them over and over — until they change it.
Posted by Unknown at 14:41