Former Governor Chief Ikedi Ohakim showed up with his supporters at the PDP secretariat on Okigwe road on Thursday to formally declare his intention to contest the 2015 governorship election.

In 2011, Chief Ohakim lost his re-election to the present Governor, Owelle Rochas Okorocha. 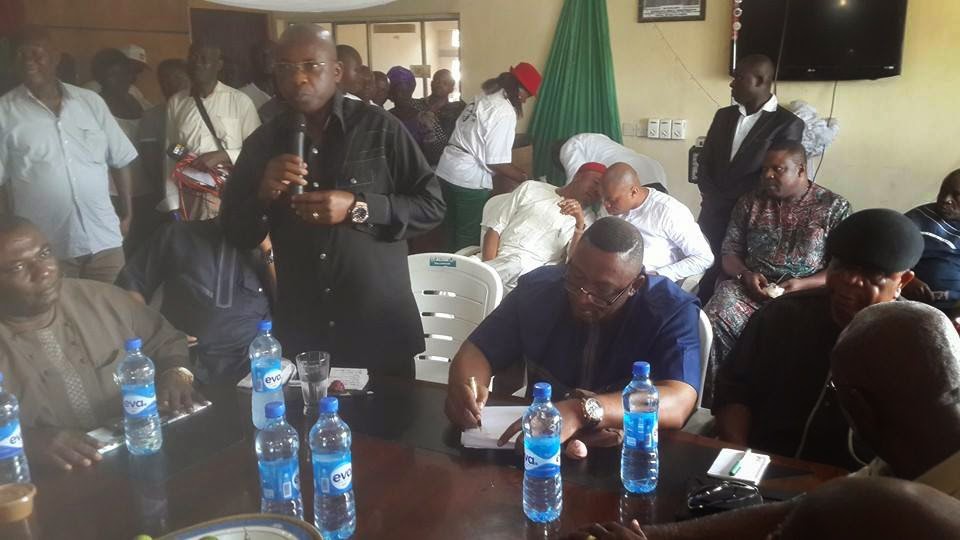 What do you think about Ohakim's bid to return to government house?
Posted by Unknown at 09:52