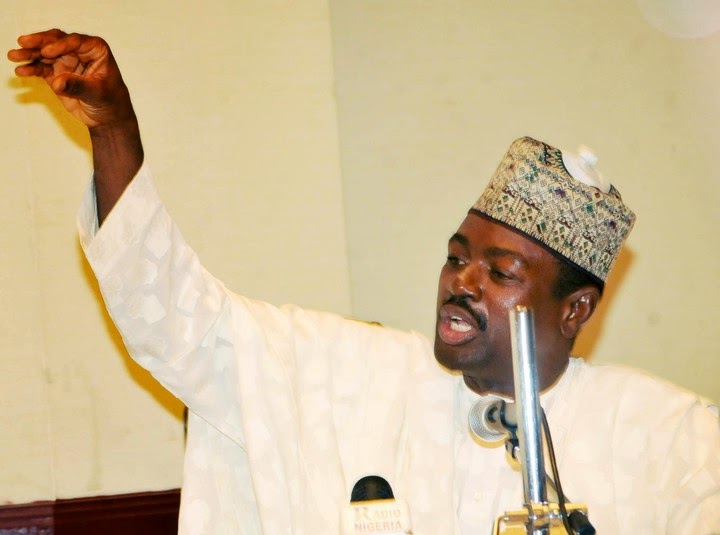 The All Progressives Congress (APC) said the comment credited to information minister Labaran Maku that the federal government was spending significantly on security in three of its controlled states was a categorical declaration of the office of the president vacant by the minister.According to APC, by that statement Maku has proved that President Goodluck Jonathan is only the leader of the PDP and not actually a President of and Commander-in-Chief of Nigeria.


In a statement issued on Friday in Lagos by its national publicity, Alhaji Lai Mohammed, the APC described Maku’s comment as “a tragic and insensitive statement from an honourable minister of the Federal Republic about innocent children, some of whom are minors with neither political leaning”.

“The campaign to rescue the abducted girls has now been clearly polarized and politicized by the federal government. So sad, so unfortunate, so callous, so mean, so irresponsible, so brazen, so not parental, so not governmental,” APC declares.

It would be recalled that at the weekly Federal Executive Council briefing on Wednesday, the minister had drawn attention to the entire money federal government had been spending to maintain security in three states that are controlled by the APC.

The leading opposition party regretted that this was coming from government at a time that foreign nationals who are not members of APC are spending time and resources campaigning for the rescue of these girls”.

It cited the U.S. and UK where it said Republicans, Democrats as well as Liberal Democrats, Conservatives and Labour were “united in campaigning for the rescue of our daughters”.

APC said at this juncture, it is clear that PDP leadership is a disaster in Nigeria.
Posted by Unknown at 17:04