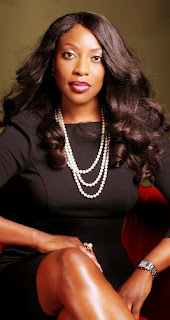 Take it that more goodies are coming your way from EbonyLife TV (DSTV Channel 165). Already, as you read this, Mo Abudu’s EbonyLife TV has signed a co-production deal for the African version of Desperate Housewives scheduled to debut in mid-2014.

Mo Abudu, CEO of EbonyLife TV said, “We are going to make it relevant, number one, by using local talent — talent that our viewers will know and love; two, we are going to work with local stylists, local fashion designers, local interior designers."

The original ABC TV series — Desperate Housewives — followed the lives of a group of women as seen through the eyes of a dead neighbour who committed suicide in the very first episode. The storyline covers thirteen years of the women's lives over eight seasons as they worked through domestic struggles and family life, while facing the secrets, crimes and mysteries hidden behind the doors of their - at the surface - beautiful and seemingly perfect neighbourhood.


Ben Pyne, President of global distribution at Disney, revealed at the recently concluded MIPCOM 2013 that the African version of the comedy/drama series created by Marc Cherry, and broadcast by ABC from 2004 until 2012 - is currently in development, for a summer 2014 debut.
The co-production deal with EbonyLife TV will feature an African cast, set in Lagos, Nigeria, where it will also be shot, airing in 44 countries within the African continent. The highly popular series gathered a huge following in Nigeria as well over the years.

Keep enjoying EbonyLife TV on DSTV channel 165 and watch out for the Desperate Housewives!
Posted by Unknown at 16:21