Reasons Why Lovers Must Have Sex Before Marriage 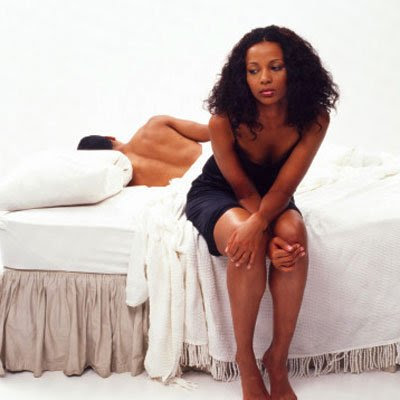 A lot of teens these days are taking something called the “purity pledge,” wherein they vow not to have sex until they get married. Hey, I’m all for people putting off sex until they’re adults and can handle the ramifications. Because even with safe sex, sex comes with responsibilities.

It does tend to emotionally bond you to someone, and that can mean getting emotionally attached to the wrong person. Once sex enters the equation, a relationship is never the same. But one woman recently wrote about her “purity pledge” that went wrong...

It led to an incredibly short starter marriage. Once she realized that she and her new husband had absolutely zero sexual chemistry, she counted down the days until she could get a divorce, which happened six months into their marriage. Here are five reasons to get rid of that purity pledge and do the dirty before you say “I do.”

Sexual chemistry.
Jessica Ciencin Henriquez, who kept her “purity” until her wedding night, writes in Salon:


"Our bodies wanted different things from one another, so what we ended up with was a horizontal battle. I would hear married girlfriends talk about the joys of make-up sex and continue to sip my coffee in silence. We would fight, and then have bad sex and then fight some more. Every flaw in our marriage and in him seemed much more miserable when combined with the possibility of faking orgasms until death did we part. There was no relief. Six months into our marriage, the idea of separating seemed more appealing than feigning headaches for the rest of my life."

As Jessica found out, sexual chemistry is something that can really only be ascertained by, well, having sex. Jessica would make out for hours with her husband before their marriage, so she thought that would translate into awesome horizontal mambo. But it didn’t.

Sexual identity.
I know too many couples where one partner was able to cover up his or her true sexual persuasion because he or she simply didn’t have sex with anyone. Not having sex with the opposite sex can also mean you ignore those longings you might have for the same sex, and therefore don’t acknowledge them.

Sex itself.
Not everyone is great in bed, and most people don’t start out very good at all. A lot of good sex is about listening to your partner and being able to respond accordingly. But how do you know if someone is a good listener or responder unless you try it first?

Size.
Don’t you want to know if your husband is packing a hunting rifle or a tiny little plastic kid’s pistol? After all, he knows how big your boobs are. I’m not saying size would be a dealbreaker, but don’t you have the right to know what’s down there?

Sexual issues.
Sexual problems like premature ejaculation, inability to get an erection, or even an allergy to your partner’s semen are all possibilities, wouldn’t you rather deal with those issues before you’re married? This way you know if your future is even going to address them.

Let’s face it, sex plays a big role in marriage. Just like you should discuss children, religion, and where you both want to live before tying the knot, sex is too big a part of a relationship to leave to chance.

So with these revelations, do you agree it’s a good idea to have sex before marriage?
Posted by Unknown at 08:44