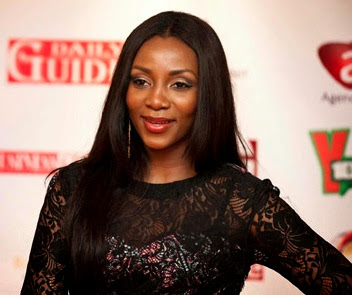 Lol there has been this hilarious gist making the rounds on some blogs that Genevieve has promised to give Skales a dirty slap for singing a song where he said "He will give her the D".
So a fan who believed the news told her to make the slap a very dirty one and she replied with class"Pls hon don't believe everything you read"
For those who missed it read the hilarious report below


The far from happy star actress issued a statement this morning to one of our reporters, and I quote:
“Can you imagine that boy telling me he wants to give me the D ..what does he know, is the D sef? ..that is by the way..the next time i hear him mention my name in his lyrics again, I’m gonna give him a dirty slap, he’ll never forget..what sort of nonsense, am I his mate? how much does he have?”
Banky W was contacted but all he could say was “I told Skales..upcoming artist don’t mention her name in songs…now we have to go and beg all together….Wizkid is already buying her gifts..we cant spoil EME’s name, A slap on Skales is a slap on the whole family”
Posted by Unknown at 17:49