APC Or Form New Party To Defeat Jonathan In 2015 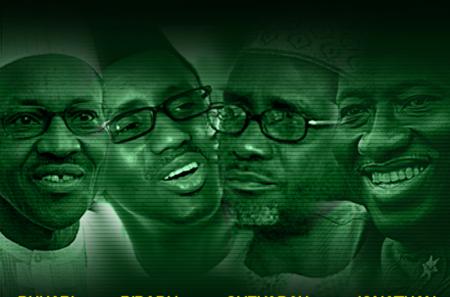 Prominent Northern governors and other senior politicians in the region are set to form a new political party or join the mega party, APC, in a move to defeat President Goodluck Jonathan and the Peoples Democratic Party, PDP, in the coming 2015 general elections...

A source who is part of the move to ensure that the region recaptures power in the 2015 general elections disclosed this to Punch in Abuja, on Friday.

The source said the formation of a new political party was one of the three options being considered by northern political leaders as politicking for the next general election gathers steam.

The source added that the region is afraid of being used again and dumped in the manner “Nuhu Ribadu was dumped by the Action Congress of Nigeria during the 2011 elections.”

The source, who pleaded anonymity because he was not authorised to speak to the press, said, “The reality of our current political isolation is not lost on us here in the North.

“I believe also we have learnt a thing or two from the brand of politics which led to the set up of Nuhu Ribadu by the ACN during the 2011 elections.

“If by any chance we allow that kind of thing to happen again, then we are doomed. There are three options before us and we are considering them seriously.

“One: remain in the Peoples Democratic Party where we are almost certain that President Goodluck Jonathan will impose himself on the party; for those who may have forgotten, this was done in the last Nigeria Governors’ Forum election. Don’t forget that some of the northern governors are facing expulsion threats from PDP.

“Two: join the All Progressives Congress to defeat the PDP or three: float a fresh political platform altogether. For those who think the third option is a long shot, I suggest they should think again because the Congress for Progressive Change would have been the party to beat today but for some tactical blunders.

“Politics is a game of numbers; we have the numbers as well as the political sagacity to build bridges across ethnic and religious divides, we have done it before, we can do it again.”
Posted by Unknown at 13:04