This Lady Did Crazy Stuff So A Man Could Marry Her 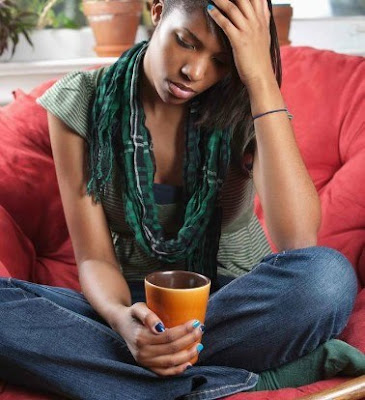 If you're a single lady and have been under pressure to find a man that will put a ring on your finger. This is the time to get your acts together and position yourself properly. Stop playing hard to get, especially if you know that age is not on your side and it's worse if you are not even a beautiful girl.

This lady selected men when she was young. Now men are 'scarce' for her. See her story below:

Show Me The Market Where They Sell Husband, I Will Buy One...
I have heard the question ‘are you married?’ more than the birthday wishes I receive annually. At first, I used to sheepishly answer ‘no oooo, not yet’, then I continued to ‘very soon’. After a while, I started claiming it by fire by force, claiming that the man is on his way to meet me. All these haven’t changed the fact that some years down the line, I am still not married.

I have been in relationships that were good and some bad. The good ones happened when I was much younger and not ready to settle down; but the bad ones have taught me the lesson of a lifetime. My last one got me dishing out my money on a regular basis. All he had to do was come up with some story of being unable to carry out some projects due to some financial incapability. I was earning twice as much as he earned, would take a cab to and from his place on weekends. Sweet Lover Boy would just stand by the cab and wave me bye when he was leaving. I would cook his favourite dishes too; all he had to do was say what he wanted to eat. All these were with my very hard earned Naira. I never missed a moment to surprise him – buying gifts, calling him hourly- all because I wanted a ring on my finger.

It eventually collapsed after I met his mum. Because, seemingly for no reason, she did not like me and found me not worthy of her son. It was too late to count my losses. How can I forget? He even lost his job mid-way into our 8 months relationship and yes, the virtuous woman in Proverbs 31 would have had to contest with me if she had a face. I was fending for both son and mother. Lover boy would always complain of B if he got A and complain about D when I made sure he eventually got B.

Before you start saying ‘maybe, you are not good looking’, I dare say that if it was beauty that kept a man, then Prince Charles would never have left Diana. I am 5’7 and pretty. However, the men I have met after my ‘tales in hell’ relationship are either married or about to get married. That is not a life I would want for myself. Before you also say maybe you gave too much away by cooking his meals or being generous or sympathetic, I say to you ‘how can you please the world’?

The guy I dated before Sweet Lover Boy got me something new every time we met, took me to places I had only dreamed of, but I never got him anything. At a point, he felt I was stingy. I never called with my airtime despite his purchases of same for me. When we eventually broke up, he told me to my face that I did not love him. In retrospect, I loved him, but I was with the mindset that giving a man anything would cheapen the reason of their existence. It hurt me when we broke up and then I resolved to give and give and give and give in my next relationship.

Almost all of my friends and colleagues are married, and from the look of things, it seems like a good place to be in. The ‘my husband’, ‘my wife’ tales are good to listen to sometimes. To love and be loved is the sweetest thing that could ever happen to anyone. I desire that. In the meantime, I am where I am, fasting and praying for this man.

Like couples long for a child and ache at the sight of toys or children parties, I long for an engagement ring and to splatter my wedding pictures on Facebook (whether high profile or not), I long to gist others about ‘my husband did this or said this’ (whether true or not).

Until he comes, I am here, focusing on other things, moving my life forward, being a better person every day. Technology has a bank for sperm or eggs for couples experiencing infertility, sadly, there isn’t any for men.

So, friends and colleagues, church members and distant relatives, until you show me the market where to buy one from, please stop asking me if I am married.

By Gloria Jacobs
Posted by Unknown at 05:32