RMD Reportedly On The Run From EFCC 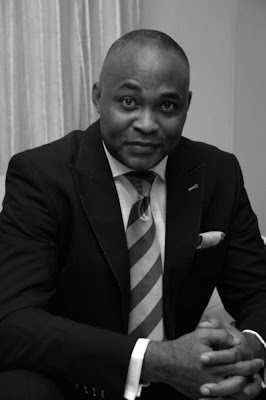 Richard Mofe Damijo                                  Philo Nkem Ajufo
According to what Saharareporters, Philo Nkem Ajufo, the acting General Manager of Delta State Tourism Board, has been detained by the Economic and Financial Crimes Commission (EFCC) in Abuja over her role in a financial scheme. Ms. Ajufo is reportedly being quizzed for conniving with her boss, Richard Mofe Damijo (RMD) to embezzle N50 million from the state Ministry of Culture and Tourism.
Mr. Mofe Damijo, a well known Nollywood star, is the commissioner in charge of the ministry. Our EFCC said the commissioner was also being sought by the anti-corruption agency, but he has been elusive.An EFCC source confirmed Ms. Ajufo’s arrest. “As we talk, the Delta State Tourism GM, one Mrs. Nkem Ajufo, is been held in our headquarters here in Abuja over her involvement in the N50 million fraud. Her boss, Mr. Richard Mofe Damijo, is not left out but as we speak he is still avoiding us,” said the source.Two sources at the ministry told our reporter that the EFCC last week delivered a letter inviting Ms. Ajufo to appear at their headquarters. She was reportedly asked to bring along relevant documents concerning the N50 million that was meant for the purported 2007 Delta Expo event which never held.The sources disclosed that Mr. Mofe Damijo went underground on learning about the current development.One source told our reporter that the commissioner, who is reported to be building himself a massive underground edifice in Lagos, was trying to use political contacts in Delta and Abuja to scuttle the EFCC’s investigation and washed his hands off the scam.SaharaReporters learnt that Mr. Mofe Damijo denied knowledge of the money during the budget defense exercise.Several calls and sms texts sent to Mr. Damijo and Ms. Ajufo’s mobile lines were not answered. After a while, the commissioner switched off his mobile phone.Late last year, Saharareporters had broken the news of the N50 million allegedly embezzled by the commissioner and the acting GM of the state’s tourism board.Several sources in the commissioner’s office had confided that a former commissioner in the Ministry had applied for the N50 million to organize the “Delta State Expo 2007,” disclosing that the state could not release the funds then due to some financial challenges.However, when the funds were released into the Tourism account in May, 2012, Mr. Mofe Damijo allegedly said that the ministry could no longer carry out the event since it had elapsed by six years and Deltans would have forgotten about the event.But our reporter obtained “Forms of Advance Warrant” on release of funds from the Ministry of Finance indicating that the N50 million was supposed to be spent on the original event for which it was approved. The warrant order, numbered 00000117, 00000114 and 00000115, was signed by one Ms. P.O. Evuojapha for the Commissioner of Finance.SaharaReporters learnt that N35 million of the N50 million was supposed to have gone to the tourism board.A reporter for SaharaReporters learned that Mr. Mofe Damijo issued a check to the tourism board in the name of its acting GM, Ms. Ajufo. She in turn reportedly deposited the sum into her First Bank private account with account number (3006131619) operated under her name, Nkem Philo Ajufo. Our sources said she and Mr. Mofe Damijo subsequently shared the money.
Posted by Unknown at 08:08